When it comes to talking about jaw surgery, it seems that many people have the same questions.  Here are some of the questions I have been asked most often.

Why are you having this surgery?

There are SO many reasons for a person to have this surgery.  Not only will it change the way you look, but it has numerous health benefits as well.  I've listed my personal reasons here.

From what I understand, there is almost no pain involved.  During surgery most of the nerve endings in your face are bruised, resulting in numbness.  In most cases, the numbness is from the eyeballs down through the chin.  Feeling is recovered throughout several weeks, with some areas recovering faster than others.  70% of people regain full feeling in their face, while 30% are left with some permanent nerve damage.  What a person feels after six months post-op is what they'll likely live with for the rest of their life.

There is usually some bruising on the face, as well as small incisions on the jaw line where screws are put into the mandible.

Are you really that concerned with being pretty? 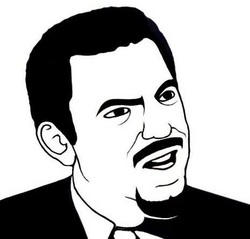 Generally, that look is the only answer I give to people who actually ask that.
Seriously?  I mean, yes, a large pro for double jaw surgery is the change in appearance, but a malocclusion can also cause major health problems later in life, i.e- your teeth can fall out.  There's a whole list of problems a bad bite can cause from things like headaches and TMJ, to more trivial things like looking like a rabid dog when you eat.
In all honesty, while I do have multiple problems as a result of my malocclusion--including constant jaw pain--my main reason is the cosmetic appeal.  Go through you're whole adolescence with your peers blatantly asking you things like "what's wrong with your mouth?" and "why the long face?" and try not to see the upside of a surgical fix.  For most people, though, this is not a cosmetic surgery.

What can you eat afterward?

Liquids, liquids, and more liquids.
Most people lose 10-15 pounds, if not more, after their surgery as a result of the obvious lack of substance in their diet.  After about two months, people start progressing to "soft foods" if they haven't decided to already.

What exactly is the surgeon going to do?

I myself have tried to steer clear of the graphic details up until now.  This video, shows--in nice cartoony form--the basics of a surgery to fix an underbite.
http://www.youtube.com/embed/SCaG6ZfXi1s