I currently have two--count 'em, two!--teeth that touch.
Having only two molars to work with isn't very conducive to chewing in general, and it gets much worse when eating things like pizza or sandwiches.  I've pretty much worked out a system where I press food to my top teeth and just kinda tear it off, but it isn't pretty.  Not only that, but it only really works for pizza.  If I ever try to eat a burger everything just comes out at once because I can't bite through any of the vegetables on it.  Speaking of which, raw vegetables are just out of the question.  Period.
I didn't even realize that other people didn't have this problem until I read this blog.

2. My midline is off center

This one isn't a huge deal, but it's something I notice if I ever bite down on anything.  It's like each of my teeth has moved over one spot to the left.  Honestly, I thought I was the only one who noticed until my friend so kindly pointed out to me, "Hey!  Your mouth doesn't fit together right.  Like, your teeth are all messed up."  Really?  Is that what the braces are for?

Not much to this one.  A jaw that doesn't fit together properly, doesn't function properly.  TMJ, my friends.

I don't see a problem with wanting to be pretty.  The way my jaw sits, kinda makes me look like a bulldog.  Not only that, but it makes me really self conscious when I take pictures.  I'm a teenager!  Aren't we supposed to want to take obscene amounts of pictures of ourselves?  I always try to avoid any picture that showcases my deformed profile and I usually don't even like pictures that show the front of my face.  My mandible is prominent.  I just can't wait to take a picture and not have to think about it!

5. I would like to have all my teeth when I get older

I haven't actually heard this one from my orthodontist, but I've read about it on other blogs.  Apparently, a malocclusion, in some convoluted way, can cause your roots to shorten, killing your teeth.  I don't know how much stock I actually put into that since my dad still has his teeth and that's who I inherited it from.

And not only when I sleep.  There are nights where I wake up and my whole neck is covered in my spit; sometimes my hair, eyes, and the rest of me are included in that too, but that isn't really a big problem.  No, the problem is when I'm sitting in class, fully focused, and I feel something wet drip on to my hand.  Gross.  I mean, I'm 15 years old-- it's time I get this under control.  Thankfully, to this date, it wouldn't appear that anybody has actually seen this happen, but I'm sure people are just being kind by not laughing at me.

7. I would like to be able to speak clearly

This is another one that is also not a huge deal, but mostly something that bothers me.
I know there are many people out there have worse speaking problems than me, but there are a few words that I have trouble with.  My main problem is "girl."  I don't why, but I always sound like a have cotton in my mouth when I say it.  It's also a problem because I'm in theatre at school.  I would probably not be the worst in the class if I was able to say more than seven words at a time without my mouth getting all... cotton-y.  I don't know exactly how to explain it, or if the surgery will even fix it, but I'm hopeful.

Unless I put some actual thought and effort into keeping my mouth shut, it just hangs open waiting for more drool to pour out.

I also attribute this one to my constant mouth breathing.  This, in relation to my surgery, is only more wishful thinking. 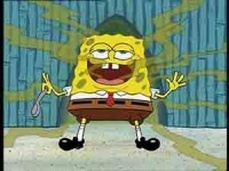 Do you know how many times I've had the following conversation?
"Hey, Susan, what's the matter?"
"Nothing, why?"
"Oh, you just look really angry."
"I always look like that."
Too many times.
Looking angry isn't a real big deal, except that it's a huge turn off to... everybody.  People think I'm mad at them, and then they in turn don't like me.  When I find out they don't like me, it makes me not want to like them.  It's a vicious cycle-- a very teenagery vicious cylce, but a vicious one nonetheless.

My nose is always stopped up!  I'm hoping that my rearranging some bones around my nose might open up my airways a bit.